Confessions was commissioned as part of Jessica's two-space exhibition of the same name at the lumber room and the Douglas F. Cooley Memorial Art Gallery, Reed College. It was made like a sculpture, layer by layer, over the months proceeding and during the exhibition. It is partially a documentary of the creation of these two shows, as well as a documentary of its own creation. It is a sheaf of hoarded collage materials. It is a zine, metastasized. It is the stuff in the room.

The book was commissioned by the lumber room and the Cooley. It was designed by Jessica Jackson Hutchins, Gary Robbins, and Heather Watkins and printed and bound at Container Corps. 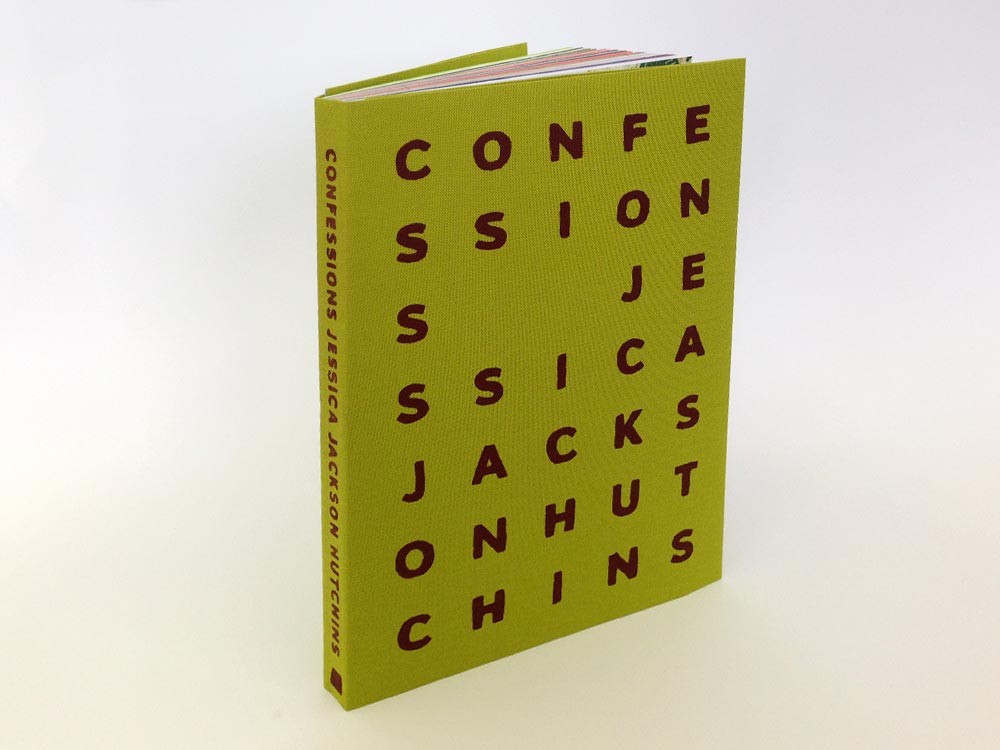